Hello lovely people, and Happy 2022! Here's to a happier, more successful year... where reason and sanity return to our daily lives.

We went ahead in the latter part of last year and migrated our own site from Joomla 3.x to Joomla 4 in anticipation of doing so for client sites in the near future. Whew. It was/is definitely a learning curve and I would not recommend doing so for the average layman at this point. The biggest obstacles are extensions that are in use but not yet ready for the new platform. For us, this meant uninstalling pretty much everything used on the site and then adding back and/or substituting little by little. And be prepared for some of your favorite extensions NOT to be updated to work with Joomla 4.

As much of a pain as this is at the time, it also presents an opportunity to update and rethink your site as a whole. I came across some extensions in use that hadn't received updates in a couple of years. Those clearly are not condusive to keeping your site secure and hence should be discarded. When hunting for extensions to replace, pay attention to the frequency of updates (although, if they are ready for Joomla 4, they obviously were updated recently), pay attention to the size of the extension (the smaller/leaner - the better!) - and that goes for templates as well. While drag & drop type of interfaces may appear easier to use, they will add an awful lot of script to your site - and you will want as little as possible of that to speed up the loading of your web page. If at all possible, stay away from templates that rely on Bootstrap framework. Joomla 4 has moved away from Bootsrap, in favor of CSS grid. While it is a huge learning curve, it affords you so much more control over layout on different devices with much less code. If you are interested in learning how to use CSS grid, here's something that might help: https://developer.mozilla.org/en-US/docs/Learn/CSS/CSS_layout/Grids

If you are an advanced user and know your way around code, I urge you to stay away from 'work-arounds'. If the extension or method you are using cannot be implemented without some fancy getting around issues, it's probably wiser to do without it. I also advise to think carefully if the animation you are considering is necessary and/or really adds to the user experience. One should not animate just because one can :)

Let's talk about image compression and next generation image formats: Compress as much as you can stand without losing too much quality. As for serving images in the new formats (WebP), I am currently testing DJ WebP plugin. So far, it seems to be working as expected. I anticipate many more extensions becoming available for Joomla 4 in the coming weeks/months.

So, let's have a quick overview of what's new in Joomla 4:

As with the switch to Joomla 3.x I was grumbling about the new layout/Admin template. But, the more I work with it, the more I actually like it. I do wish that the blocks could be moved/re-arranged but, that's a minor complaint.

After logging in, your first view of your control panel has pretty much everything you'll need on one screen. Under 'Site' (first visible block) you'll find Users, Articles (& Categories), Media, Modules, and Plugins. The next block 'System' shows Global Configuration, Global Check-in, and Cache, followed by your Notifications block, listing update status of Joomla and all extensions.

I also like the menu layout on the left - There is no more 'Extensions' tab; Modules now show under 'Content' which makes a lot of sense. Components are still separate. The only downside of that is, that you'll have to go hunting if you're looking for plugins after you move away from the Control Panel Home Page - they are now under the 'System' link.

Accessiblity options are for vision impaired users and allow for increasing text size, colour or contrast adjustments, and a screenreader to read text out loud. This feature is now built-in - just publish the System - Additional Accessibility Features plugin. While writing this, I realized that after the latest update (Joomla 4.0.5 right now) the accessibilty link is NOT showing. I expect this to be rectified with the next update. 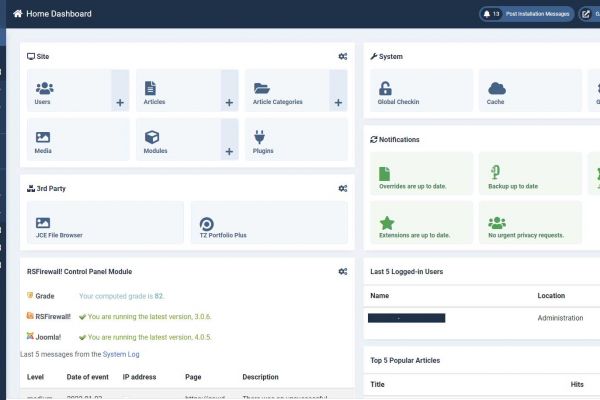 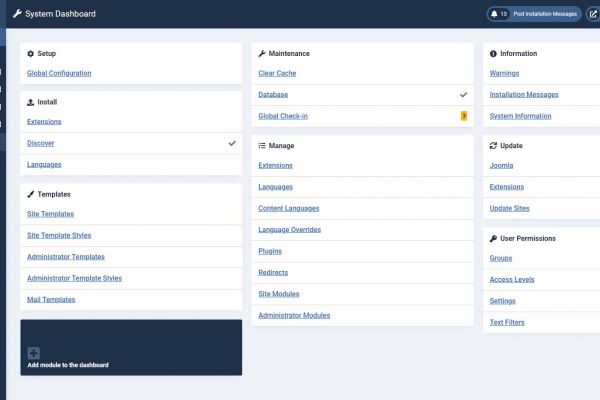 The majority of changes are really related to code and not necessarily observed in the front end. As mentioned above, there is a move away from Bootstrap and its exessive CSS to CSS grid. All of this results in faster load times - which in turn will help with your SEO.

In summary: If you are building a new site - DO build on Joomla 4. If you are looking to migrate your existing site to Joomla 4, I suggest waiting a bit to give more extensions a chance to catch up and also to allow the Joomla team to iron out the inevitable kinks still popping up here and there. Unless you have days or weeks to spare, don't attempt a migration on your own just yet.. if you really want to get up and running on Joomla 4, give us a shout so that we can set you up to succeed. 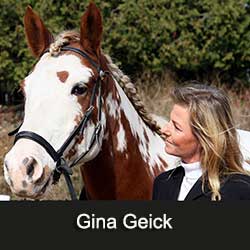